this is a shared antenna and feed line with our clubs UHF machine which has had similar issues for a couple months
the site isnt really to easy to get into during the UNBELIEVABLE SNOW we had this winter
but today we ventured forth and ran the service monitor across the equipment
first we put a analyzer on  the line coming off the diplexer it rang in at 4.9:1 SWR on 2M , hummmm we said
then we put the analyzer right on the 7/8″ line coming into the building DING ! 1.5:1
so we took the PolyPhaser off the wall (this was a old cable headend building so the wall is a ground plate) 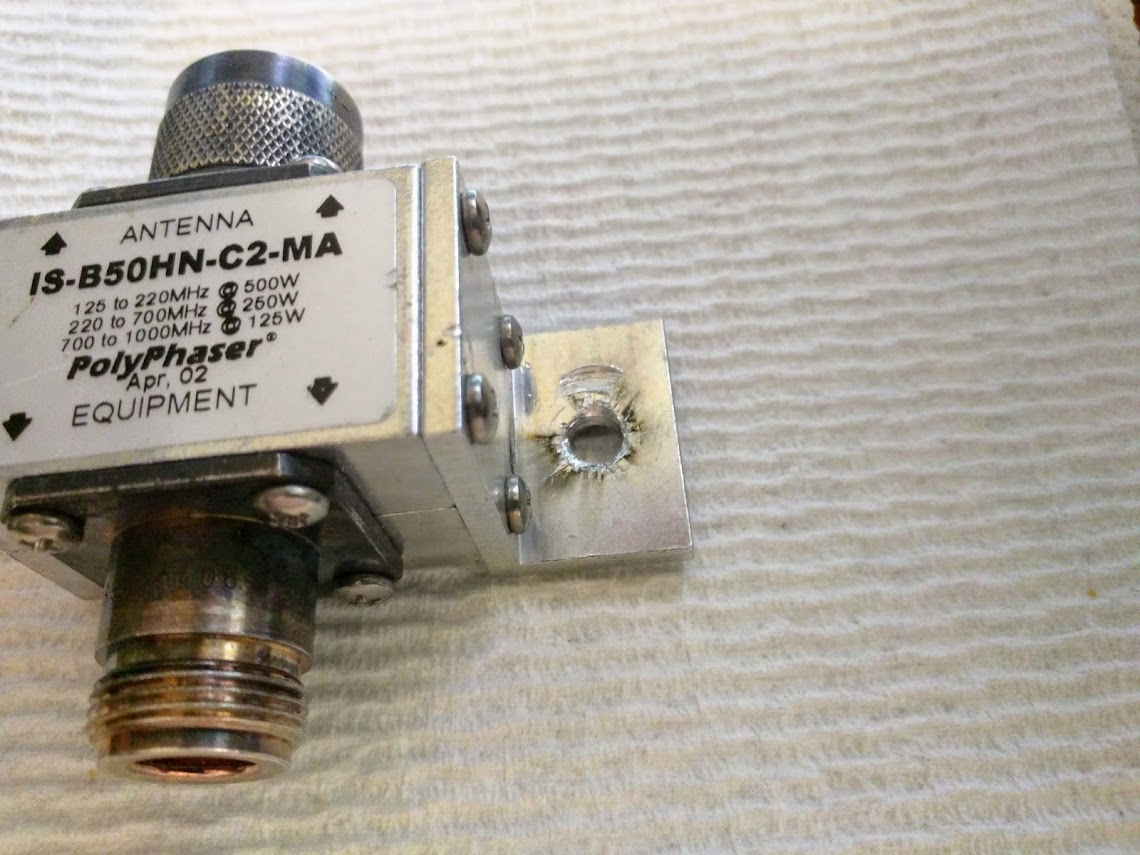 well that explained quite a bit of trouble
so we bypassed the dead poly
and checked the PO and receive on both machines
the UHF showed a issue it gave 20 watts out of the cans which is fine but the squelch didnt start to open till we got to -80db or so. a bit of prodding showed a loose connector on the duplexer tee (gotta love a MASTR II running for months into a pooched poly and a loose fitting)
but the VHF was a different thing
it was putting out just 1.1 watts after the cans (the PA is set for 80 watts)
so we have been using this thing all winter at that power level, it was weak but it still got the job done!
if the circulator saved the PA until the trace failure or the other way around we wont know
most of you that know MASTR II VHF PAs have seen the trace failure near the finals
well it had that, so we soldered that up and poof off it went
and of course we had to make a quick trip back to base camp to grab a new poly (it is lightning season after all)
bolted the new poly onto the ground plane and Miller time!
so the PolyPhaser did its job and gave its life to protect the rest of the equipment
and this is proof again that the MASTR II can hang with the tough dogs

This site was soldered together by the hams of the CVARC